here is still no reason why such evaluation should take place. Perhaps it is to help each individual know how others perceive them. May be it is a fun exercise to do. Some of the reviews might be biased and not accurate. Hard to say. Irrespective what the outcome is, collecting data will always give new insights. And the end of the review my goal is to have answers to the below questions.

What makes one organization wildly successful and another either fail or achieve lookalike mediocrity?
There is no shortage of opinions on this. Academics, consultants, subject matter “experts” and thought leaders all weigh in on the ingredients necessary for an organization to outperform their competition and solidify themselves as consistent long term winners.

Having a strategy, of course, is important and it should conform to these guidelines:

— It should be simple. It should define in simple language the end game the organization has in mind;

— It should be “just about right”. It should define in loose terms what must be achieved in order to be successful. A “perfect” strategy — one that management spends copious amounts of time developing with the belief that if more time is invested, the plan will be “more perfect” — doesn’t exist;

A strategy is formulated with the best information and insights available when it is created, and by definition this is a flawed process. No sooner is the strategy finished, the world changes and some part of the information used to develop it is no longer relevant.

— It should be driven to carve out a unique space in the market. Value propositions that are similar to the competition will likely fail because they don’t provide a compelling reason why a potential customer should buy from them as opposed to their competitor.

But even a strategy built in the image of these principles won’t guarantee success unless it is mixed with a “special sauce”.

A strategy is useless unless it captures the hearts and minds of the people in the organization on an emotional level.

If people intellectually understand the strategy they won’t necessarily be compelled to deliver it consistently day-in and day-out.

They may understand that “unleashing the power of the internet” is the strategic intent, but unless they are emotionally driven to act on it, execution is dysfunctional and lacklustre and no real progress toward realizing that goal is made.

A strategy without emotionally charged people to execute it will fail. The “good plan on paper” won’t progress beyond that stage if the special sauce is absent.

This is definitely NOT an OMG! moment for the reader; it’s not a revolutionary thought that you’ve never heard of before. Quite the contrary; the “we need motivated employees” notion is promulgated ad nauseam by the pundits of strategy.

So my question is “If highly motivated people is a well known requisite to effective strategic execution, why are there so many strategies that fail?”.

Energized visioning is needed to get the juices flowing

Communicating strategic intent must be an emotional experience for the employee audience. They must be excited and moved by the picture that leadership paints about the journey that awaits.

Pedantic, monotonic and left brained people have no place articulating the chosen path, for it will turn people off and do nothing for execution.

When people know specifically what to do to support strategic intent, magic happens.

The problem most organizations have is they don’t spend the time to translate what the strategy means to each function and position in terms of the new outcomes expected and the old ways that must be discarded.

Pontificators block effective execution. They love to talk about possibilities rather that get down and dirty to start doing stuff.

You can’t train people to cast off their intellectualization proclivity; you must hire people who have a natural bent to do it — action must run through their veins.

Leaders in the workplace asking “How can I help?” separates the hyper effective executioners from the bland ones. Brilliant execution is all about a “clean” internal environment where barriers to getting things done frustrate people who want to deliver what is expected of them.

And this happens what leadership gets the hell out of their office or the boardroom and assimilates with the crowd of employees charged to implement. They discover what’s preventing amazing execution and they fix it (and people love them for it).

The more tries that are made, the greater the likelihood of success

Strategic intent is never deterministic; it never turns out the way it was originally conceived. Despite the rhetoric of the academics, real progress is made when people try things a lot.

The end game may be clear but the way to get there is not; and this requires different tactics: some work and others don’t.

The truth is, however, if you’re not maximizing the number of tries you’re making you’re unlikely to arrive at your desired destination.

Strategy is important but it’s smoke unless you do the right things to make it real. 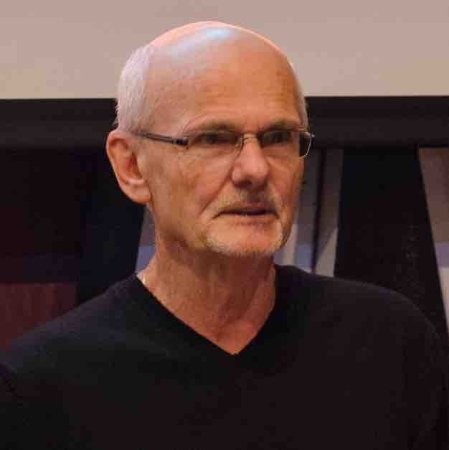 Make sure you fill in all mandatory fields.Required fields are marked *

Learn about business growth hacks and start getting more customers

Get your 1st article in your inbox Right Now!
ANTSANDs' weekly brief will give you EVERYTHING You need, To Start, Market and grow your business and life